Cutting the cord options just got a little more crowded. Hulu announced in February that they were working on a Live TV service.  In early May 2017, Hulu released the beta version of their live TV service. I quickly compared it to the also newly released YouTube TV. 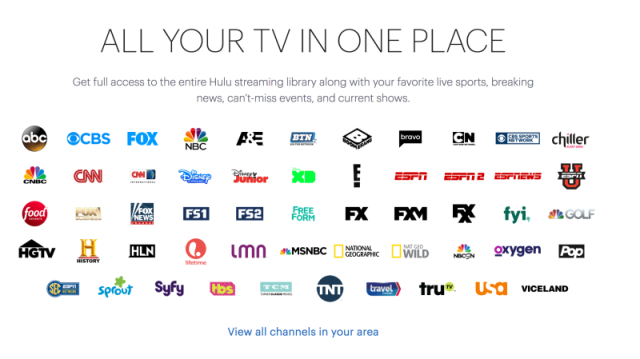 Hulu live TV has a little more channels than YouTube TV but it also cost $5 more a month. The fact that I am already a Hulu Plus Subscriber, I love that I can keep Hulu Plus and get Hulu Live TV service for standard $39.99. Hulu is offering a 7-day free trial to try out the TV Service.
Again comparing it to YouTube TV, the DVR option for Hulu TV Service is a bit of a letdown. Hulu will only allow you to record up to 50 hours of and will ask for an extra 15$ a month for an extra 200 hours. YouTube TV gives you an unlimited amount of space to record, but only keeps the recordings for 9 months.

You will need a 4th Gen Apple TV, Xbox One, Chromecast, iOS, or Android device to watch Hulu with Live right now. They are still working on support for Roku devices, Fire TV OS, Samsung smart TV’s, and the web are coming soon.
I currently have YouTube TV and just got a free Chromecast from google for staying past the free trial. I don’t think I will be moving to Hulu Live TV anytime soon, but I do think it is a good deal.